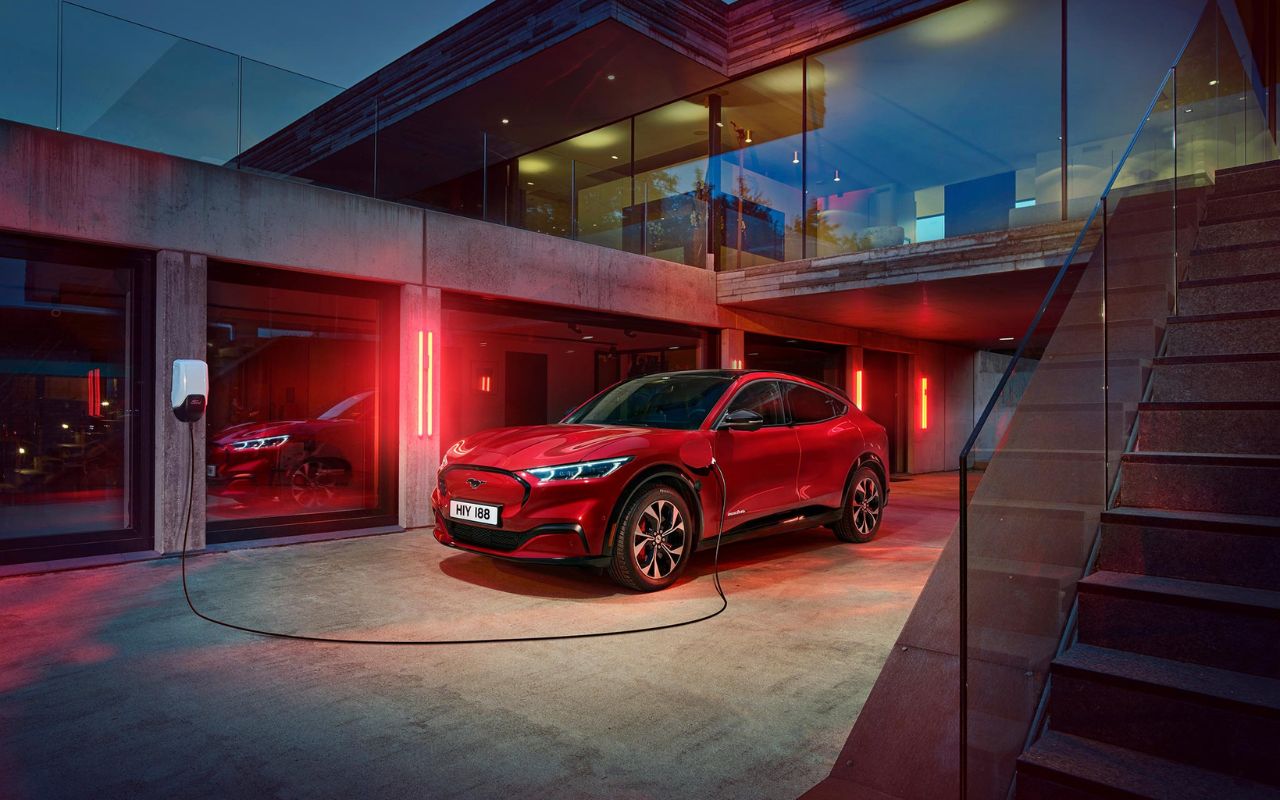 The figures used at the time of writing are for July 2022. The average cost of electricity per kWh in the US is 16.10¢ (cents) per kWh (kilo Watt hour). The costs to charge a Mustang Mach-E will ultimately depend on a few factors.

In this article, you’ll find out the costs of charging both models of the Mustang Mach-E and the different battery packs associated with each.

You will also find tables breaking down the costs state by state, so no matter where in America you are, you can find out the costs of charging a Mustang.

So keep reading or jump straight to the answer using the quick links below!

How Much Does It Cost To Charge a Ford Mustang Mach-E?

The 2023 Ford Mustang Mach- E comes with two battery packs, the standard, and the max pack. And their respective kWh figures are below:

The average cost to charge a Mach-E at home in the United States is $10.95 for the standard battery pack and $14.17 for the max pack. These amounts are for a 0%-100% charge which isn’t your typical charge cycle.

To be thorough, the costs for an 80% charge for the standard pack and max pack are $8.76 and $11.34, respectively. You can find the costs per state in the table below the following section:

How Much Does It Cost To Charge A Ford Mustang Mach-E GT?

The Mach-E GT has the same kWh battery pack found in the Mach-E model. The average cost to charge a GT at home in the United States is $10.95 for the standard battery pack and $14.17 for the max pack.

The costs presented are for a complete charge cycle, which is not a standard charging pattern. To give a more accurate picture, the prices for an 80% charge of a standard pack and a max pack are $8.76 and $11.34, respectively.

The costs per state can be seen in the table above:

The dollar amounts are based on a full charge of 0%-100%, so real-world figures will be less.

The cost of charging your Ford Mustang at public charging stations does vary across the country.

The billing methods for electric charging stations can vary. For example, some stations are complimentary, some charge per usage and others require a subscription fee.

Some charge for electricity based on the cost per kWh, whereas others charge you based on how long you charge your car. You can find this information online by searching for nearby charging stations or asking when you arrive at the station.

For simplicity, we will use the average national charging network costs of between 40¢ and 70¢ (according to Bluedot.co). So for both Mach-E models, you would be looking at between $27-$48 for the 68-kWh battery pack and $35-$62 for the 88-kWh battery pack.

There are over 20,000 charging stations with 70,000 plugs in North America for people who want to charge their Ford electric vehicles. However, they will be exclusively for Ford owners, so other electric cars won’t be able to use these sites.

This network’s benefits include 250 kWh of complimentary fast charging and discounted rates for charging your electric vehicle with an Electrify America Membership.

Can You Charge A Ford Mustang Mach-E At A Tesla Station?

Yes, you can charge both the Mach-E and Mach-E GT at a Tesla charging station as long as you have a J1772 adapter plug, which is sold separately. Remember that you need to download the Tesla app to access their charging network. 5.0
Pros:
Check Latest Price
We earn a commission if you make a purchase, at no additional cost to you.

EV charging costs vary greatly depending on which state you are in. The highest charging costs are in Hawaii, followed by California. The cheapest state to charge your Ford Mustang at home is Idaho.

To determine the exact cost of charging at your home, use the EV charging calculator provided below.

Cost to charge a Tesla