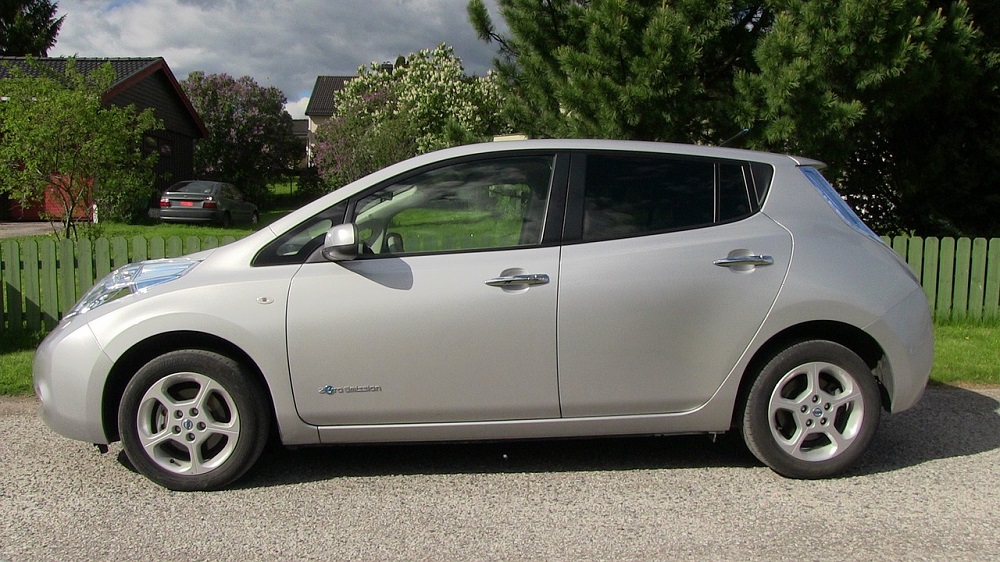 In this guide, we’ll be taking a look at the Nissan Leaf to find out why they sell so cheap when used.

Even though electric vehicles still aren’t commonplace in most areas (but that’s changing rapidly), and many people lack knowledge about this style of vehicle, there are some electric cars that you will easily be able to name.

The first model of the Nissan Leaf launched in the USA back in 2010, and since then, this car has cemented itself as one of the iconic electric vehicles of our time.

If you are considering buying an electric vehicle, you probably have thought about buying a Nissan Leaf. In which case, you have probably noticed just how cheap these vehicles are when you buy them used.

Generally speaking, electric vehicles tend to be at the top end of the price scale, so it can be quite alarming to see how low these cars sell for.

To understand why used Nissan Leafs sell so cheap, we first need to know how much these cars sell for when new. For a brand new Nissan Leaf, you should expect to spend around $30,000 as a starting figure.

This is just for the bottom spec of the vehicle, so if you want any technological advancements or additional features, you should expect to spend more.

Likewise, the dealer that you buy your vehicle from and the area that you are in will also impact this cost. So, it is impossible to put an exact figure on the cost of a brand new Nissan Leaf because different models and specifications will cost varying amounts.

As we have said, this is just a general figure, and costs could be higher with you as they do vary across the country. There is no denying that this is a lot of money, so how do these cars depreciate so much that they are seen as ‘cheap’ when used. Let’s take a look.

Why Are Used Nissan Leafs So Cheap?

If you are looking to buy a used electric car, then you have probably considered a Nissan Leaf. After all, these cars are generally one of the cheapest options when bought new. It is impossible to give a definitive figure for the cost of a used car because everyone will charge different amounts for these vehicles.

But, some used Nissan Leafs depreciate by more than half of their value by the time of resale, so if you are thinking of buying a used vehicle, you could really get a bargain by choosing this model.

But these low prices could also set off alarm bells, and you might be wondering why they are so cheap when bought used. While it could just be a good deal, you could also be putting yourself at risk of being ripped off. So, before you consider buying a used Nissan Leaf, let’s take a look at some main reasons why they sell so cheap.

The primary reason why Nissan Leafs sell so cheap when in used condition is because there is not a massive market for them. Most people who buy electric cars choose to buy new ones so that they can get the best mileage on their vehicle, and because of this, the demand for used electric vehicles is small.

The demand for used Nissan Leafs is even lower because they have a unique appearance that puts some people off from buying them. The looks of a Nissan Leaf, combined with the fact that these vehicles are being sold used, means that there is not a massive demand for these vehicles. So, sellers are happy to accept a lower price as this is the only way to sell their vehicles.

So, used Nissan Leafs do sell cheap, but this isn’t because of any physical issues with the vehicle. Nissan Leafs aren’t everyone’s ideal car, especially used ones, as the newer models are a lot more attractive. So, Nissan Leafs mainly sell cheap in order to match the lack of demand for this type of vehicle.

When you saw the low price of used Nissan Leafs, it is likely that you assumed these prices were low because of a mechanical issue with the car. You might have thought, ‘perhaps they have bad mileage’ or ‘their batteries must be bad.’

But as we have just told you, this isn’t the case. However, even though you now know that these cars sell at low prices due to a lack of demand, you might still be wary of spending your money on one of these vehicles. With that in mind, let’s take a look at whether or not they are reliable.

Of course, second-hand cars will experience more problems through wear and tear, so they will be less reliable than new cars. But, generally speaking, used Nissan Leafs are reliable.

However, before you decide to buy a used Nissan Leaf, you might want to consider if a used electric vehicle works for you. Or a used vehicle of any type, for that matter. While used vehicles are great, they do have drawbacks in terms of mileage and efficiency. So it is important to bear this in mind before you buy one.

You’ll need to take into consideration how old the EV is when you are looking to buy it and check that against the expected battery life for that particular model, in this case, the Nissan Leaf.

So, sellers will take a hit on the price if they find someone who wants to buy their used Nissan Leaf, hence their low prices.