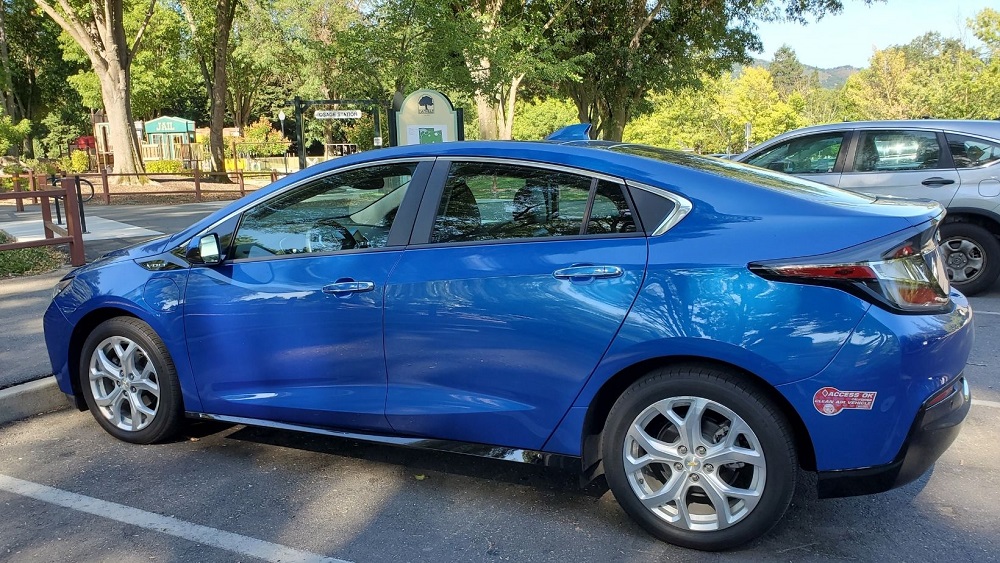 Entering the market during the latter stages of 2010, the Chevrolet Volt was the world’s first range-extending electric vehicle to be released. During this time, it has earned the title of one of the top-selling vehicles in the American Market.

This vehicle operates via a pure battery but when the capacity of this battery drops below a pre-established threshold it will alternate to a gas-powered generator. As such, your vehicle is provided with a constant supply of power.

Besides efficiency, this vehicle has many other favorable features. It’s quiet when operating, stylishly designed, and aims to deliver all of the benefits that you would expect from an electric vehicle without the drawbacks and hassle.

When the Chevrolet Volts were first introduced to the market their high retail price was criticized but now this vehicle can be purchased for a bargain price.

If you are curious to know the reasons behind this depreciation, we have provided you with the answers in our guide below. Continue reading to find out more.

If you owned a Chevrolet Volt prior to the year 2016, you will notice a decrease in the value due to the release of the second generation model.

Of course, this model is likely to be more appealing to some individuals as it is going to incorporate more advanced features and upgraded elements.

Due to the increased interest surrounding newer models, the first-generation Chevy Volt is not going to be sought after as much. As such, the resale value is lower.

The design of cars is regularly evolving with new releases being an improvement on the last. Not only do we witness changes in the appearance of the car, but second releases often tend to be safer. The second-generation vehicle is also likely to perform better than the first.

Many owners of the Chevy Volt second generation claim that it can drive further thanks to its improved mileage capabilities.

When you compare the first-generation Chevrolet Volt to newer versions and electric vehicles made by other manufacturers, some would suggest that it is a little outdated. This is reflected in the vehicle’s retail price.

Incentives Are Given For New EVs

One of the most prominent reasons as to why this vehicle has a low resale value is likely because there are now many incentives awarded to those who invest in a new EV.

This is done to promote sales. Owners of vehicles that are expected to depreciate the most tend to be given a tax break, or the first owners, in particular, will be given direct incentives. These may be offered by the manufacturer of the vehicle or government schemes.

Of course, this is going to appeal to individuals who are interested in purchasing a new vehicle that retails at a lower price. As expected, the value of the car is going to decrease by the number of incentives that are offered which means that the resale value is also going to decrease.

You will often find that new EVs are sold at a discounted price. As new models emerge such as the Chevrolet Volt second generation, prospective owners will often be tempted by an impressive discount along with some incentives too.

Because such new EV’s regularly retail at a discounted price, the resale value of older models is ultimately going to become quite considerably lower.

The cost of fuel often fluctuates, regularly going through phases where it is impressively low before slowly increasing again. When the fuel prices are low, the interest in electric vehicles is going to be as great.

Is A Deprecation In Resale Value Always Negative?

Although the Chevrolet Volt may have a low resale value, this isn’t always a negative and also isn’t a poor reflection of the quality of the car. In fact, the majority of owners tend to be more than satisfied with the performance of their Chevy Volt.

As mentioned previously, the original price of this car was considered to be rather expensive but customers would often be willing to pay this out of a desire to be one of the first to own a new vehicle.

However, depreciation can be quite deflating for Chevy Volt owners as you are unlikely to receive the amount when you put your vehicle up for resale that you were expecting too.

On the flip side of this, a lower retail price is going to be very much appreciated by potential buyers who are interested in purchasing a Chevrolet volt. Ultimately, your investment will not break the bank as you can benefit from getting a good quality car at a great bargain.

As you can see there are several reasons why the Chevrolet Volt has a low resale value. Many of these reasons will affect electric vehicles that are made by other manufacturers.

This includes a release of new, upgraded models, a decrease in demand for this car, and lower fuel prices. By selling this vehicle at a lower price, it is hoped that they will be more appealing to those looking for a bargain.

A lower resale value needn’t always be negative. Whilst it may be problematic for existing owners who are looking to sell their car, it is good for those who want to purchase a new car.