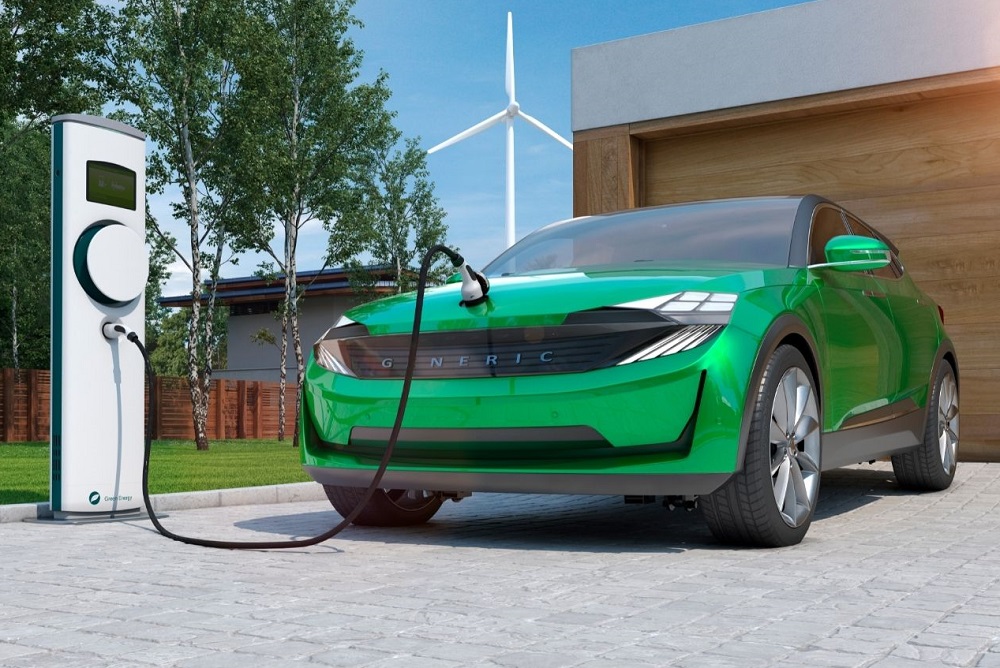 You know when you’re crossing the street, and you almost miss the electric car that’s driving ever-so-silently? We’ve all been there. It’s odd how a car so large can be so quiet, especially compared to regular cars that sound like helicopters in comparison.

So, the question is, why are electric cars so quiet? To put it simply, a fully electric car doesn’t need to burn gas or diesel, like a regular car, so it has no need for an exhaust or tailpipe.

If you’re just as confused as we are, here is an explanation of why electric cars are so quiet and why most electric motors are noisy. We’ll also look into whether silent electric cars are genuinely beneficial to society and the environment.

So…why are electric cars so quiet?

Without that classic revving noise of burning gasoline or diesel to power a motor, electric cars produce no noise. Instead, an electric car will have an electric motor, an inverter, and a charger.

The main reason why electric cars are so quiet is because of the type of motor they use, which will be discussed later in this guide.

The reason electric cars are intentionally quiet is mostly because of noise pollution. Electric cars are mostly used by those who live in cities as an eco-friendly alternative to a regular car, partly so the driver does not contribute to gas pollution.

You’ve also got to think about the noise in a city. Picture New York City, for example. It’s a very loud place, especially if you live there, which means that you’ll probably get sick of hearing constant beeping and revving. The slow-moving traffic means that electric cars are virtually undetectable by sound.

Now, if you’re confused about why electric cars seem to have gotten slightly louder within the last couple of years, it’s because of the 2016 National Highway Traffic Safety Association.

The NHTSA made a law in the United States that every electric car from September 2019 onwards must produce some audible noise when travelling over 19 miles per hour. So, if you’ve got an electric car that sounds slightly louder than you thought it would, this is why.

The problem with quiet electric cars

The idea of a quiet car sounds great on paper but actually does very little in terms of safety. Even with the law introduced by the NHTSA, electric cars can be a very dangerous vehicle to an abundance of people.

If you are a blind or partially-sighted person who relies on your hearing, then an oncoming electric car won’t give you any indication that it’s still driving forwards. Likewise, if you’re on the phone or if an electric car turns a corner, you’re not likely to hear it before you see it.

It’s difficult enough for visually impaired people to navigate their way around outside near vehicles, let alone when those vehicles are silent. It also makes it just as hard for people without sight problems!

Electric cars aren’t completely silent. They will make regular vehicle noises, like the sound of wheels on the ground and wind noise, and a slight noise if it is going faster than 19 miles per hour, but that’s about it. The horn still works, but what’s the point in a silent car if you’re having to honk your horn at every unsuspecting passerby who crosses the road?

Why are most electric motors noisy?

So, if electric cars are quiet, then why are other electric motors noisy?

Brushless motors aren’t just used in electric cars. These quiet electric motors are becoming increasingly popular for larger pieces of home equipment such as drills and lawnmowers to try and eradicate noise pollution.

But what is the difference between brushed and brushless? As the name suggests, a brushed motor uses brushes to make the motor spin. Brushless motors don’t use brushes for this function, instead, they use electric control for a quieter operation.

The reason why brushed motors still exist is that the carbon brushes can rotate the motor without a spark, which is a safe option for motors that belong in appliances like blenders that could be exposed to liquid.

Brushless motors, on the other hand, use electromagnets and an on-board electric circuit. The circuit sends electrical currents to charge the coils, which then works to rotate the shaft and thus power the motor.

Aside from the noise levels, the main reason why electric cars use brushless motors is that the carbon brushes featured in brushed motors wear down over time, shortening the lifespan of the motor significantly.

Brushless motors, on the other hand, don’t require frequent replacements. These motors also produce far less heat due to less friction, which is more energy-efficient than a brushed motor.

You’ve also got to think about the size of the electric motor. It makes sense for brushed motors to fit on small appliances, but a large brushed motor will be incredibly noisy and not energy-efficient to power an electric car. Think about how much friction and heat it would create!