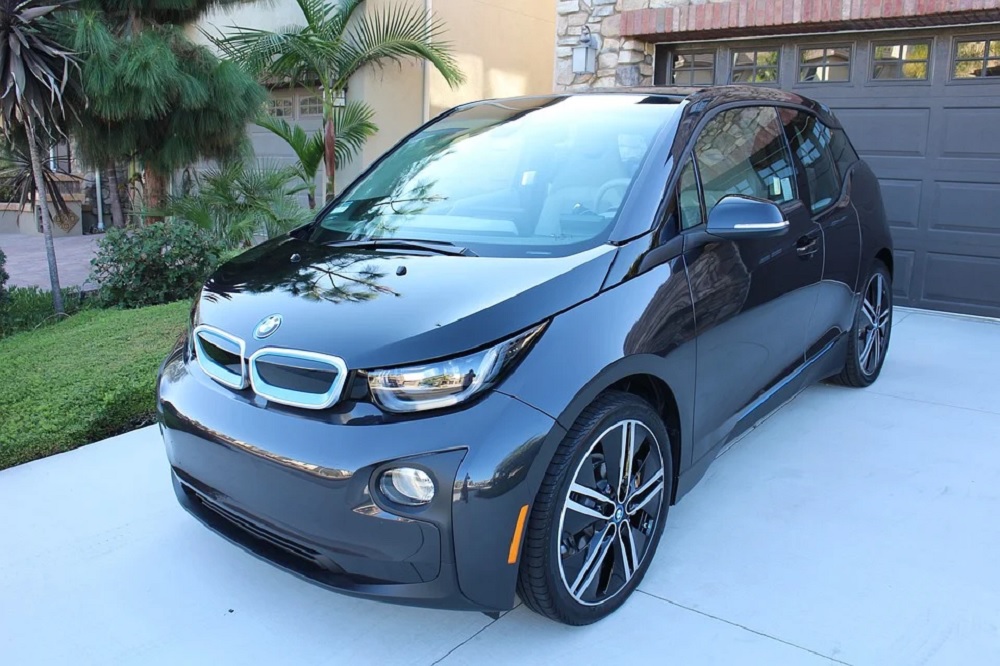 Part of making electric vehicles is making them as light as possible because the lighter they are, the less strain you put on the electric motor, and the more distance you can get out of the car between charges.

That means using stronger but lighter materials for the chassis of the cars than has been the run of the mill before. All that is great – but it can lead to complications during what would, in different vehicles, be straightforward maneuvers.

If you have a BMW i3, the simple act of jacking up the car is…significantly more complicated than you might imagine.

Say that you want to change the tires. You just find the jack points, insert your jack, as usual, crank away and get ready for whichever season is just around the corner, right? Well, not so fast.

During the vehicle’s production lifetime, the manual that comes with the i3 has become something of a legend for its sketchiness on the point of jacking up your i3.

We’re really not kidding. On Page 194 of the operating manual, there’s a small section with its own bizarre sub-heading that reads:

This is why no spare tire is available. The tools for changing wheels are available as accessories from your service center.”

It does give you a diagram of where the jack points are, but you get the point. It’s distinctly discouraging of the idea that you can do this without at least getting the specialized tools you’ll need from your service center.

And, y’know, while you happen to be at the service center, it seems to suggest you could get the professionals to do it for you.

And if you call BMW for more information, the company (or their local dealers or mechanics) will tell you it’s best to take it into a dealership or licensed BMW mechanic. Of course, your friendly local licensed BMW dealership or mechanic will happily do this for you, and will charge you BMW prices for the privilege.

Now, it’s important to acknowledge that there’s some good sense here – there are plenty of BMW drivers who wouldn’t dream of jacking up their own BMW in the first place.

That is, after all, what mechanics are for, and you get the satisfaction of supporting your local trade economy, without having to get your hands dirty, or force arcane knowledge about jacks and jack points into your brain.

But before we play too far into the stereotype of BMW drivers as effete aesthetes who don’t touch the mechanical end of their vehicles. It’s fair to say that plenty of BMW drivers regularly jack up their previous, all-metal models, get under the car, change their tires and go about their business, secure in the knowledge that they just saved a few hundred bucks by doing the job themselves.

If you’re changing your tires twice a year, in spring and winter, that adds up to quite the saving.

Be very, very careful when approaching your i3 with the intention of jacking it up. There is a reason why BMW advises you to take it to see a specialist in this case. The car’s body is made of plastic reinforced carbon fiber, rather than, for instance, steel or aluminum (though the frame is made of aluminum).

It’s also worth knowing that the jack points on the BMW i3 are made of plastic. Use a standard jack on them in a standard way. You’re very likely to end up with some standardly shot or cracked plastic jack points, a bitter dose of experience, and an even heftier bill when you take it to your local dealer or approved mechanic.

So what gives? How do you safely jack up a BMW i3 without surrendering the simple job of changing your tires to an approved mechanic?

What you need are a set of jack point adaptors. Jack point what-now? Adaptors. They fit into the jack points and extend up to the aluminum frame above the plastic jack points.

But, with the lifting force redistributed to the frame rather than the jack points, you should be able to then jack as necessary – either one wheel at a time or at all four jack points simultaneously to get an even rise and a swifter job overall.

The point of this is that if you get a good set of jack point adaptors and you know how to fit them, you have two options rather than going to your local BMW dealer or certified mechanic.

You can take the life of your BMW i3 into your own hands, ensure the adaptors extend to the aluminum frame, and jack to your heart’s content right there in the comfort of your own garage.

Or, if you want, you could take your handy dandy jack point adaptors (about which, let’s not forget, the user manual tells not a single thing when you consult it!) to a local mechanic of perhaps less ‘backed by a multinational car manufacturer’ pricing scruples. And explain the use of the adaptors to them, so they can jack up your BMW i3 with none of the attendant anxiety and drama that sometimes comes with doing it yourself.

There’s a less certain way of doing all this without jack point adaptors, known among BMW fans as “the paperback method.” And yes, it’s as straightforward as it sounds.

Between the jack and the jack point, add in the likes of a paperback or something similar that combines the firmness to transfer the lifting force to the jack points, and the softness to ensure the plastic jack points don’t split, shatter, or otherwise have a nervous breakdown when you try and apply the jacks to them.

This is much less guaranteed a way of doing the job, because you’re still maintaining the point of lift through the jack points themselves, rather than the aluminum frame, but if you can’t get hold of a set of jack point adaptors fast enough, it’s a way to consider.

Or, alternatively, you could bite the bullet of being a BMW owner and use an approved dealer or mechanic, just as BMW tells you to. Your choice. Luckily rebooting your BMW i3 is a more straightforward process.