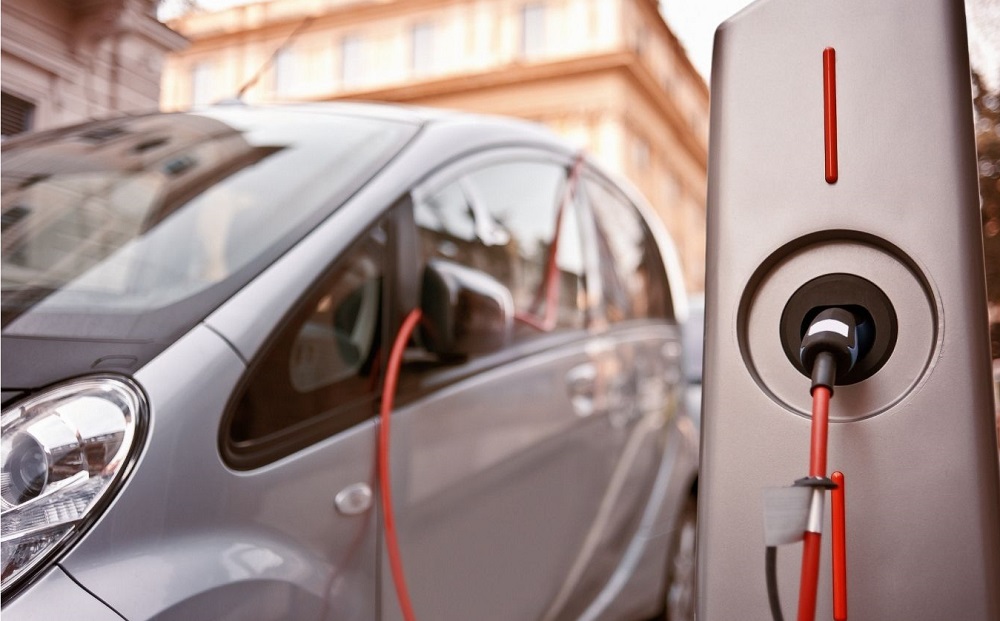 Electric cars provide a whole different driving experience to classic automobiles. From the lack of shift stick to no more worrying about running out of gas mid-drive. But how about revving? It’s no secret that electric vehicles or EV’s are far quieter than regular vehicles.

If you’ve ever seen a Fast & Furious movie, you’ll know that the revving of a car engine is great for building some tension, especially just before a drag race. So, can you rev an electric car? Let’s find out.

Can You Rev An Electric Car?

Many car enthusiasts live for the sound of a revving engine and believe that the sounds they make are all part of the driving experience and can’t be replaced.

As it’s impossible to rev an electric car, as they don’t have an engine, some people are apprehensive about the emergence and popularity of electric vehicles, as they feel it could take something away from the traditional driving experience that they know and love.

However, some people are welcoming the emergence of electric vehicles with open arms. This is because electric cars make very little noise, so there will be a lot less revving, noise pollution, and emission pollution on the streets.

There are positives and negatives to both scenarios, but the majority of people support the introduction of electric cars as they’re aware of the long-term environmental benefits they can have. But there are some concerns regarding the quietness of electric vehicles.

When traveling at low speeds, the extraordinary quietness of electric vehicles poses a significant threat to people’s safety. This is especially true for the deaf population or anyone else who has grown accustomed to listening out for traffic on the streets before taking a chance and trying to cross.

At higher speeds, you’d almost certainly hear the sound of the car’s tires rolling on the asphalt, but the threat is less prevalent on high-speed highways because they’re not as commonly lined with crowds of pedestrians.

We already know that an electric vehicle is capable of making a revving noise. So, if this were to occur in electric vehicles, it would have to be an artificial sound effect, as electric cars don’t have engines.

Electric automobiles, by definition, cannot rev like gasoline cars since they do not take in air at different speeds to power the throttle.

Nonetheless, sound solutions have already been developed. One cause for this has been government action, with certain authorities demanding the inclusion of these sounds at least at moderate speeds to safeguard hard-of-hearing civilians from accidents.

What Noises Do Electric Cars Make?

Some manufacturers have already made significant investments in generating customer-pleasing fake engine noises.

Tesla, for example, collaborated closely with the audio giant Harman to manufacture sounds that would not only seem recognizable to passers-by but would also provide Tesla drivers with a pleasant automotive symphony when driving normally silent Tesla automobiles.

For example, consider the Tesla Model S. Harman has installed a digital signal processor and external speakers to enable the reproduction of engine noises both inside and outside the vehicle. The two noises they have installed symbolize seemingly contradictory beliefs. Yet they were most likely chosen to satisfy each end of the spectrum that was most concerned about the noises.

The first noise Tesla artificially produced is that of a V8 engine, which Tesla does not have and will never have. Yet, as you accelerate, the revving sounds are replicated with frighteningly precise results, even replicating gear shifts. That’s especially impressive when considering that a Tesla automobile lacks both a gearbox and a gear spectrum.

The Jaguar I-Pace was also equipped with comparable capabilities to make fake noise, but Jaguar has always stated that they did it exclusively for safety reasons. As a result, expect some amount of revving sound to be a regular feature on any all-electric vehicle.

The root of the revving sound in your old gasoline car is the rapid and varied intake of air, which creates noise and vibration, resulting in the all-too-familiar exhaust pop that we’ve all heard before.

Electric vehicles lack air intakes, pistons, cylinders, and even an exhaust system. In summary, they don’t have any mechanical parts or gears like a combustion engine. Thus there’s no by-product of their functioning that makes a revving noise.

On the other hand, hybrid vehicles make a revving noise since they have both electric and gasoline-powered systems. The hybrid was designed for customers who require urban efficiency and a considerable range for highway driving. So when it’s running on gasoline, and you step on the gas, you’ll hear the familiar noises of a gasoline engine.

Are Cars Going To Get Quieter?

There are a few key points to consider after pondering this question. To begin with, the revving sounds of electric automobiles will always be artificially introduced due to the nature of EV architecture.

For the time being, it appears that the only option for it to evolve is to improve the quality of the sounds provided by firms like Harman.

Our yearning for the revving sounds is most likely motivated by the sharp and stark difference between it and the sound of electric vehicles. We think we’ll miss the revving because we know it’s coming to an end.

Cars have always changed, as have the items that go with them. People have always maintained that they will miss the old way of doing things, but change has always come, and people have adapted. There’s no reason to believe it won’t be the same with electric vehicles.

No matter how much you love to rev your engine, it’s time to leave noisy gasoline cars in the past. The future of electric cars is exciting, green, and quiet. It’s time to embrace this new world of electric vehicles!