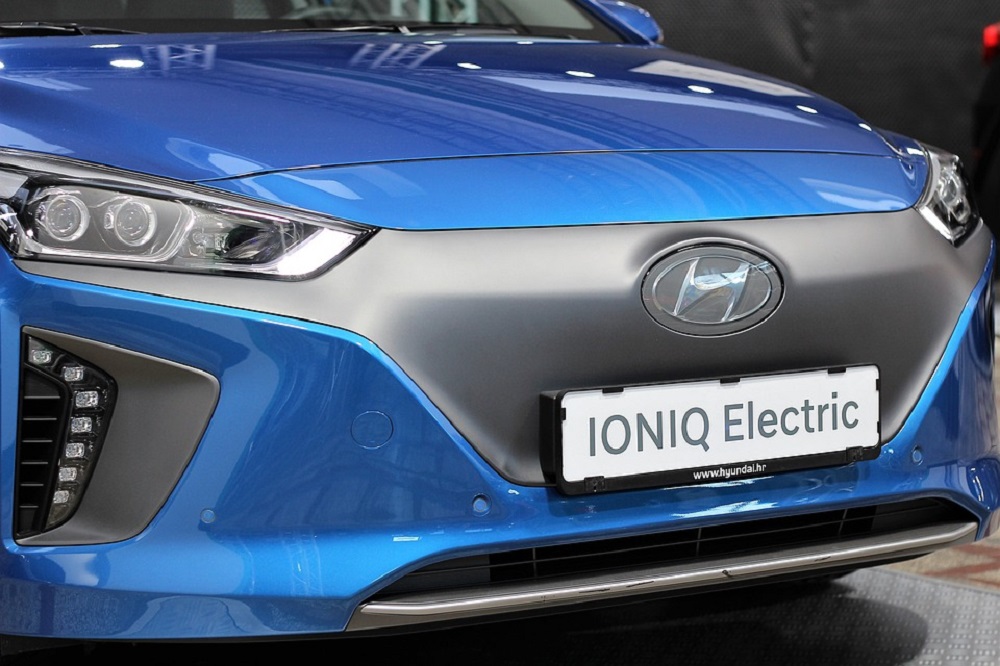 Remember the old days? You asked what a car’s gas mileage was, and people would tell you it does so many miles per gallon with this diesel or unleaded fuel on these kinds of roads.

Sure, you gave and took a little depending on the quality of the gas, and whether you were driving on highways or in town because each factor impacted the distance you could get out of your gallon, but more or less, it was a simple equation.

Because now, something like the Hyundai Iconiq, the compact 5-door liftback from South Korea, comes in three fuel options, which multiplies the calculation by at least a factor of two.

Wait – three variants, but a factor of two?

Sure. The Iconiq is available in:

That being the case, there can’t be what are technically “gas” mileage figures for the fully electric version, right? So a factor of two.

Do you want some figures for the fully electric version too? Then it would be best if you kept in mind they won’t be the same as genuine gas mileage figures because no gasoline was harmed in making those numbers. Deal?

OK, before we go any further, let’s be sure we understand the difference between these variants. In reverse order, then:

Full Electric – the easiest of the options to understand. No gas tank, just pure electric charging. If you forget to charge the electric motor, what you have is an expensive piece of garage furniture and a favor to ask of your smug friend, Phil when you need to get anywhere.

It will run like a standard gas-powered car because, at that point, that’s what it will be. It will, however, lose its mileage superpower because the electric motor will be dead until charged.

Hybrid (also known as a full or parallel hybrid) – is primarily a gas-driven car but holds small amounts of electric charge for a mileage boost or slow-speed city driving. No charging is needed, as the electricity in a full hybrid is generated by burning gasoline. There is no such thing as a self-charging hybrid!

Also, while the Full Electric won’t strictly have a “gas mileage,” the Full Hybrid will be tricky to break down into gas miles and electro-boosted gas miles.

If nothing else though, the Plug-In Hybrid should break down into reasonably clear statistics for gas mileage, electro-mileage, and probably, just because it can, combined mileage.

So what are we talking about with the Hyundai Iconiq?

When you fully charge the battery in the Full Electric Iconiq, you end up with a vehicle with 38.3 kWh of power to push you along the road. So, for convenience, let’s eliminate the “k” component – that’s 38,300 Wh – Watt-hours – of charge.

The Full Electric Iconiq uses 245 Wh/mile. Sure, there’s math you can do there, or you can take our word for it that that breaks down to an average range of 155 miles per full charge. It’s an average because the actual mileage breaks down differently according to terrain and temperature. And yes, we have those figures for you, too.

So, depending on where you drive and the temperature in which you operate it, the actual mileage per full charge in the Full Electric Iconiq is anywhere between 110 miles and 225 miles. So from that, we get an average of 155 miles per full charge.

But you don’t want to know the mileage per full charge, do you? That’s like asking how far a gas-driver car will run on a full tank. OK.

There’s a mathematical conversion clever people use to translate Watt-hour/mile figures into miles-per-gallon equivalent statistics. Apply the formula to the Full Electric Iconiq and get an equivalent of 164 mpg.

The Plug-In Hybrid scores well, though, in its combined fuel economy. Using its top-up facility, once you crunch the numbers, it gives an average of 83.5mpg combined.

As for the Full Hybrid, mileage figures (again, with some give and take for terrain type and temperature) average out to 62.8mpg.

If you want to save gas using your Full Hybrid, you can get around 30 miles out of the car on pure electric, though it’s worth remembering that electric power is still coming from burned gasoline rather than from any charging element.

Ironically, we find that the Full Hybrid (by far the favorite choice of drivers) gives the least fuel efficiency of the three options and the smallest gas mileage figure.

What boosts the take-up of Full Hybrids, though, is the psychological element of there being nothing extra to do to the car other than to fill it with gas as usual.

The Plug-In Hybrid and the Full Electric give significantly better fuel economies but involve admitting the electric element into our lives and car habits.

The evidence is clear, though. Full Electric is the way to go, sooner, or as seems more likely, later, ideally before the world burns.

Next, I recommend this article on how MPGe is calculated so you can do it yourself.